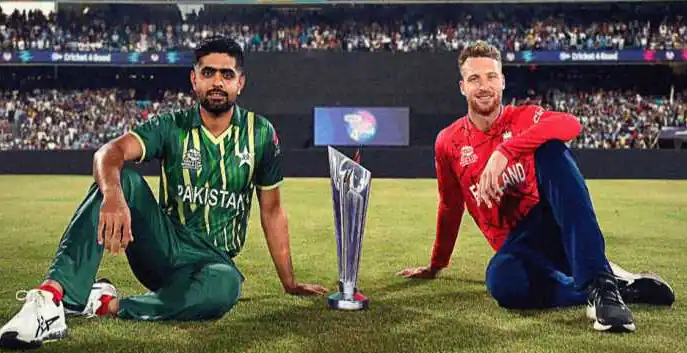 Pak vs Eng T20 Final: Babar Azam’s Pakistan and Jos Buttler-led England will take on each other in the final of the T20 World Cup 2022 at the iconic Melbourne Cricket Ground (MCG) on Sunday (November 13). The match is expected to be a nail-biting contest as these two sides have raised their game in the middle of the tournament and looked to have found the best playing XI. England have received a big boost with pacer Mark Wood declared fit for the final. Both Pakistan and England had a scratchy start to the the tournament. Pakistan, in fact, lost both their first two matches against India and Zimbabwe respectively.

However, the threat of rain is looming large over the final with both Sunday and Reserve Day on Monday (November 14) have 100 per cent chance of showers according to Australian MET department. There is provision of extended play on Reserve Day to determine a winner in the T20 World Cup 2022 final.

ABOUT US
We will bring you the latest and important updates from around J&k and from around the Globe in Business,Politics, Entertainment and Technology, etc
Contact us: [email protected]
FOLLOW US
© Copyright 2021. All Rights Reserved. Designed & Developed by Rodiex Services LLP